What an enormous pleasure it was to meet Chester Machniewski today!  Here is a man whose welcome and smile were eclipsed only by his fanaticism for model trains.

Lots of people have passions, but few take them to Chester’s affectation.  As far as I could tell, he does nothing on a small scale.  Need a large mill in 7mm scale?  Build one big enough for a child to sleep in, along with 14 other similar stone buildings to go with it!  Want a coach?  Don’t stop there, build twenty!   Gotta feed three guests?  Prepare for an invasion!  Promising mega projects were deranged throughout the layout room, and it was hard not to get infected by the glee Chester clearly gets from his industry. 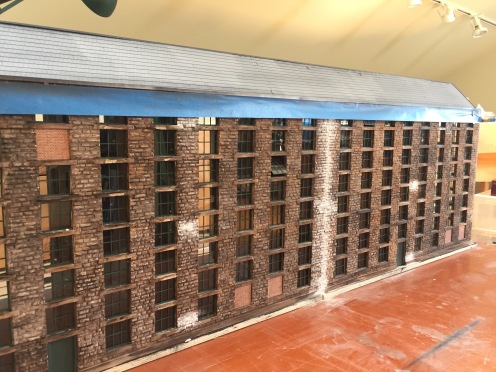 Some of Chester’s own modelling. This mill is over four feet long!

Chester had acrylic cores for his stone buildings laser cut, then covered them with Slater’s embossed stone.

I caught wind of Chester through the local British model railway club, Top Link.  They brought the wonderful Albion Quarry to the Vancouver Train Expo in 2015, although Chester was unable to join them, sadly.  Albion Quarry had come up for sale when its builder, Bob Alderman, had wanted to move on to new projects.  By then, Chester was already a veteran of trans-oceanic railway pilfering, and leaped at the chance to hoard a second one.

Ah, but it was his first acquisition that bedevilled me to pick up the phone in the first place.  Ever since hearing about this expansive 2mm finescale opus through Model Railway Journal, I’d wanted to see Chee Tor. 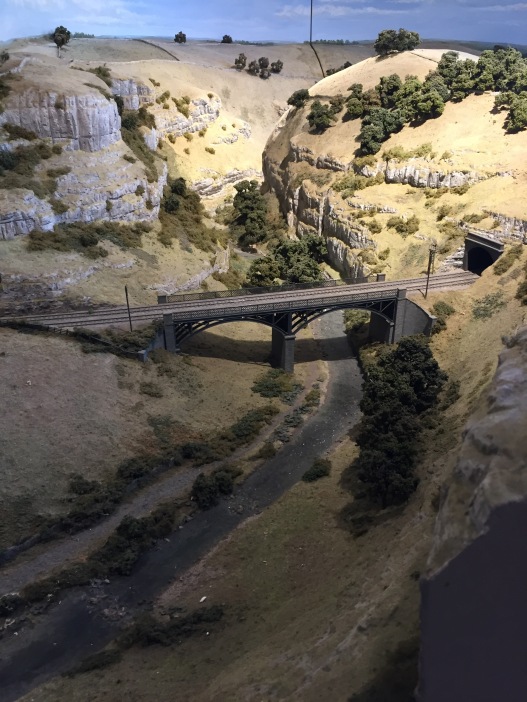 Chee Tor did not disappoint.  It is truly a masterpiece of evocative railway modelling.  I could hear the lonely curlew and felt the chill pass over the moor as the clouds capered above.  Sitting there on that hillside, oh how I longed to hear the bark of steam!

Sadly, it was not to be.  While it took enormous energy to build the huge crates that brought the layout to our shores, and tremendous foresight to suggest to the Manchester Model Railway Society that he would be interested, so far, Chester doesn’t have it running.

Well, that just meant that we had time for a couple of very nice beers, and a very large lunch.  Another Top Link modeller, Dave Underwood and his wife, Julie, dropped by for a visit as well, and all was extremely congenial.  I had a super time, despite nearly missing our ferry reservation.

Chester may very well be mad, but I’ve always liked him.

9 thoughts on “The madness of Chester Machniewski ”