A few weeks ago, Geraint Hughes responded to my little tantrum about the writing in North American model train magazines.  He made the astute observation that people are sheep, and concluded that authors are merely following each others’ styles.

Then he got me all excited because apparently his railway was featured in Continental Modeller.  Sadly, he didn’t say which issue, but I resolved to look out for it.  Delivery being slow out here on the galactic rim, I have finally come across it.

It is a lovely article about a beautiful model in Proto:87.  The aspect that sets Geraint’s article above the standard layout tour is that it tells a story, while thousands of other layout articles read more as a catalogue.  Congratulations, Geraint on a stunning achievement.

If there is one worthy article in a magazine, there are often two. Emmanuel Nouallier has a few pages just ahead of Geraint’s article about the thing that he probably does better than anyone else in the world: weathered buildings.  You may recognize Emmanuel’s work from another inspirational Proto:87 layout, Rue de la Glacière. 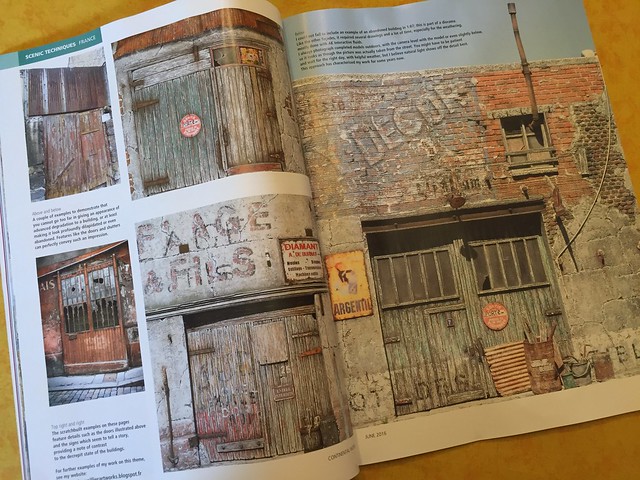 So, if you’re interested in Proto:87, then June Continental Modeller is one that you should pick up.  I got mine at McNews on Lonsdale; it’s pretty much the best magazine store in the lower mainland nowadays, and they even have a bunch of train magazines in the window display this week.  Unfortunately, I got the last copy of CM. 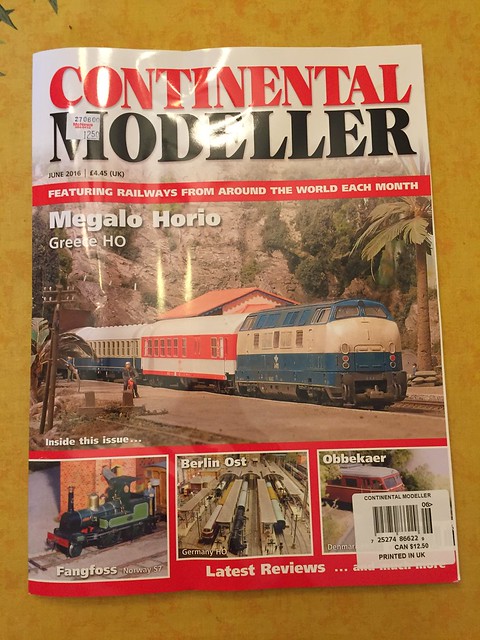