My friend Scott Calvert invited me to an operating session on Thursday (check out his new website!).  Everyone (everyone!?) asked me how the turntable was coming along, and so, I guess it has been a while since the last update.

The true story is that I have had a couple of killer weeks at work, and most of my evenings have been devoted to that.  Furthermore, the progress has been the largely invisible kind, such as finishing the isolation of the two halves of the turntable. So, not much to crow about.

Tonight I made a little more progress. First of all, I shimmed the two ends of the turntable against the rail to see how bad the ring rail is for level. My plan is to use the wheels as they are intended to be used, rather than a sled, but if the ring rail was not level, this plan would lead to binding. I’m pleased to report that the shims slid all the way around quite nicely, and so, I’ll be able to use the wheels to carry the turntable ends. 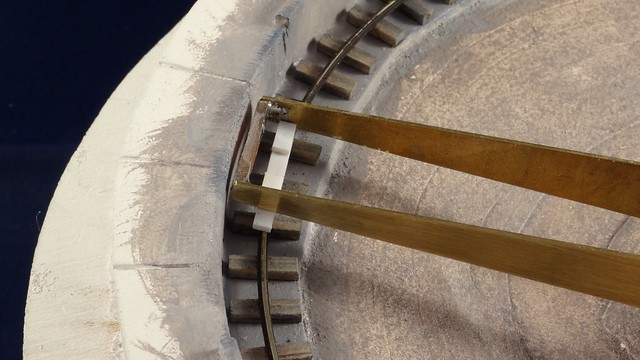 While I had a syringe full of MEK-Pak, I also tackled the cosmetic braces that go between the two turntable halves. I love working with styrene because it is so forgiving and quick. I whipped the whole thing together in about forty minutes. It won’t win any prizes for precision, but all I’m looking for is silhouetted shapes in case someone ever takes a photo almost straight down from above the turntable. From normal viewing angles, it will be invisible. 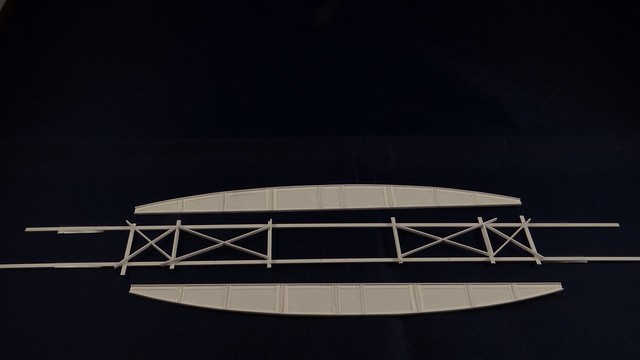 One thought on “Levelling the Turntable”