[Note, I mis-published this to the wrong blog last weekend. I’ve since finished the remaining two wheels]

Today I managed to assemble two of the four wheels for the turntable. I would have had all four, but two of the trucks broke before I could finish them. I considered throwing in the towel, but decided in the end I could still get two out of the set.

The trick with the trucks is of course that the wheels are not straight, but on about a nine degree angle. To drill the holes for the axles, I created a maple jig and captured a U-shaped piece of brass in it. I then drilled through both the jig and the brass. 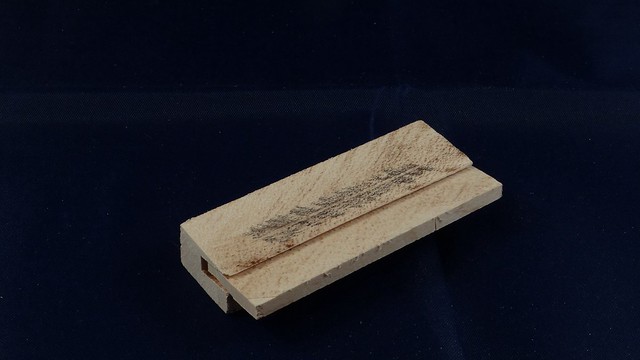 Here is the resulting piece of brass with four and a half holes in it. I was going to make five to allow for one bad one, but the bit broke when drilling the middle hole. Fortunately I had a spare and was able to continue. 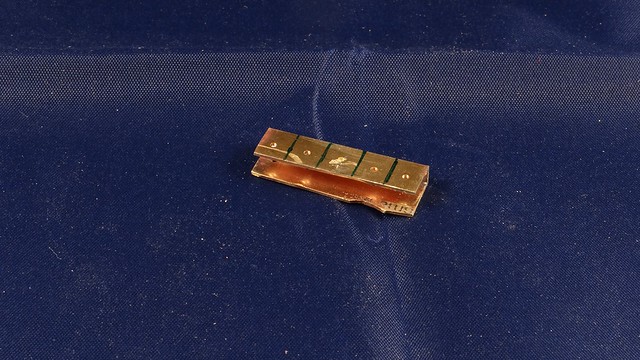 The bad luck continued when I went to shape the trucks and separate them from one another. Two of them disintegrated when subjected to the stresses from my Dremel tool. So then I was down to two. However, I finished shaping those two and then parted them from each other. 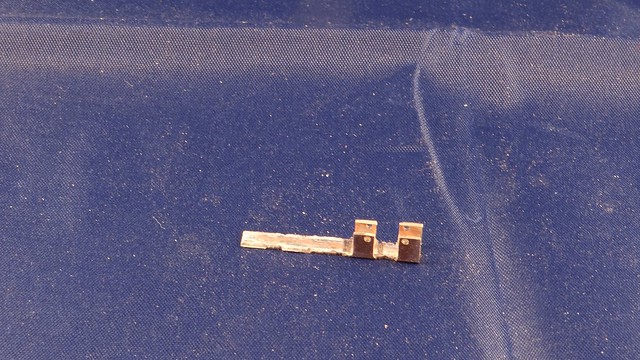 Finally, I cut some sections of 1 mm tube (having no axle material to hand) and pressed them through the wheels. This turned out to be harder than you might think, not least because I don’t know where my NWSL press is. However, with a bit of perseverance, the axles finally went through all three holes, and I decided to call it a night. 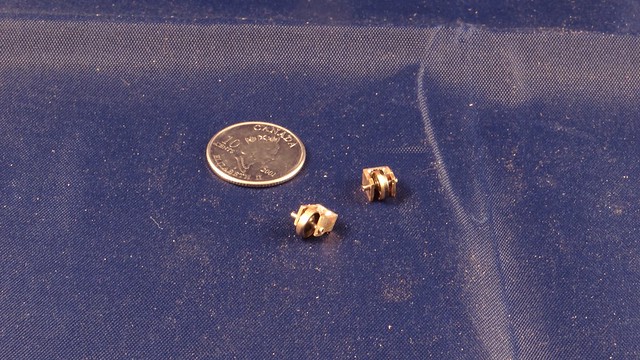