I seem to be in a bit of a funk over the turntable pit.  At the core, this probably means that I don’t like how it’s shaping up.  There are just too many inaccuracies, and they’re probably going to come back to bite me.

Even so, I’ve managed to push ahead all the same.  The Girl wanted to do some father-daughter painting with acrylics on Sunday, and I couldn’t find anything to inspire me.  So I took the opportunity to paint the walls of the pit a sort of concrete colour (Titanium White, Paynes Gray and a hint of Burnt Umber). 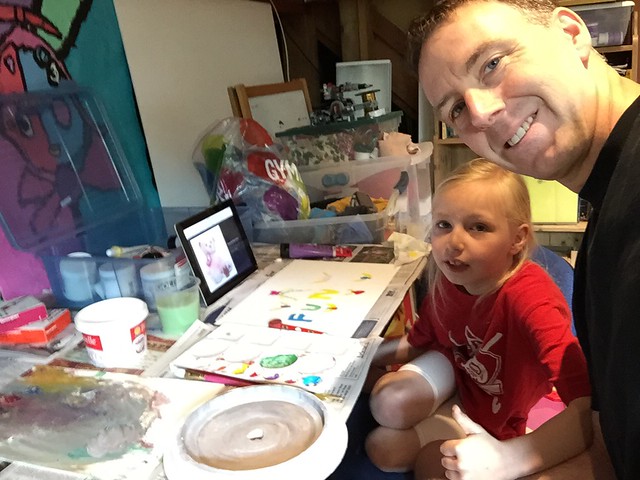 Once that had set, and been appropriately Dullcoated, I tackled the ties for the pit rails. I can’t think how I might sand these with any accuracy, and so, we’re sort of going on a hope and a prayer here. To align them all was tedium itself. I used a wedge-shaped spacer, which was marked to distance the ties from the pit wall. Then, with the spacer in place, I held a ruler over the tie to verify that it was lined up on a radius. Finally, tweezers in one hand to hold the tie down, the other hand brought some fast-setting CA (Lepage Black) and dribbled it against the join. More Dullcoat and a couple of touch ups will be required, but after two evenings of work, they’re all done. 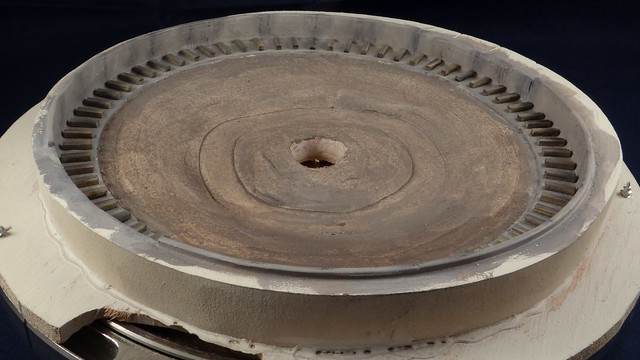 They look fairly good in this photo, but from above, you can see that the inner edge of the shelf on which they sit is not at all circular or concentric with the pit wall. It may get worse: ideally I would have used the bridge itself to locate the ties on a radius, but this turned out to be just too many wiggly pieces. So, the ties are measured from the pit wall, which is not round. When the rail is laid, I will have to use the bridge, and it may look awful on the ties.