Sometimes it’s hard to concede that perhaps one of your best ideas ever didn’t work. I had been fooling myself for about a week, and finally had to accept the fact that the turntable ends were not aligning perfectly.

I believe the error crept in when I didn’t clamp the little tongues down to the edge of the pit, but rather relied on gravity to hold the parts down.  It just got too crowded and unwieldy with the clamps on there.  The result was that the bridge admitted about a .010″ twist over its length.  Worse, somehow one end of the bridge was too low. 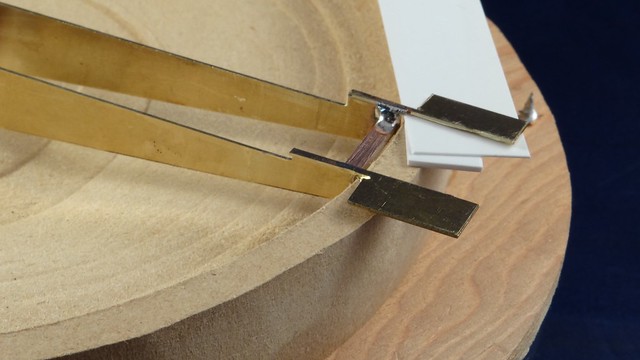 Maybe alignment would be good enough for coarse scale, but I’m fairly sure the ends were going to be problematic for Proto:87.  So, I eventually screwed up my courage and unsoldered the turntable core to start over again.  I got rid of the end tabs: they were a good idea, but kind of more trouble than they were worth.  I’m not sure exactly how I will affix the ends of the rails now; perhaps Pliobond and spikes will suffice.

The new plan allows for the turntable to float a little vertically, and for the ends of the bridge to be aligned by the ring rail and trucks, just like the real thing.  This is a better plan because a small inaccuracy near the middle of the bridge leads to a big inaccuracy out at the ends (which is also why the radial alignment is best done out at the edge of the lazy susan).  What was I thinking when I set off down that road in the first place?

Tonight, I got the bridge mostly back together again.  It is much flatter now, and there is an opportunity for it to pivot vertically.  I hated to discard the previous hard work, and throwing away the idea was particularly painful, but in the long run, I will be happier with the operation, and that’s what counts. 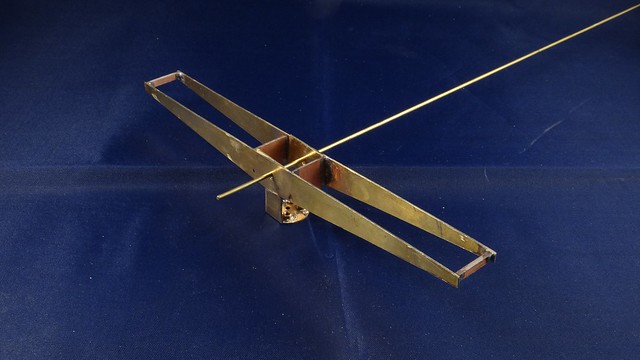