Years ago, when visiting Jack Burgess, I noted that he had what appeared to be a permanent setup for taking model photos. Right behind his modelling desk, there was a backdrop, lights and camera on a tripod, all ready to go for shooting top-quality in-progress photos. No dirty, paint-stained cutting mat background for him! “Kalmbach,” he said, “is really fussy about photos.”

Indeed, any model railroad magazine editor will tell you that the photos make the article. I’ve written a few articles myself over the years, and I confess I get a little charge out of seeing my words in print. So, I’m keen to do it again.

When building my locomotive, I had a great photography setup with real photo floods. I had an old, but still viable, camera permanently mounted on a tripod. So, when I wanted to share progress, all I had to do was turn around, position the piece and snap the photo. Wifi connectivity for cameras hadn’t emerged yet, and so, it would take a couple of weeks to upload to the Internet, but the convenience resulted in many photos.

After the Girl was born, I lost more room here in the basement (she’s worth it), and so, I hid a backdrop inside the middle drawer of my modeling desk. To take photos, I opened the drawer and unfolded the backdrop, positioned the lamps and set up the tripod. The last step was a killer, and meant that I didn’t take nearly as many photos as I should have of projects after the locomotive. 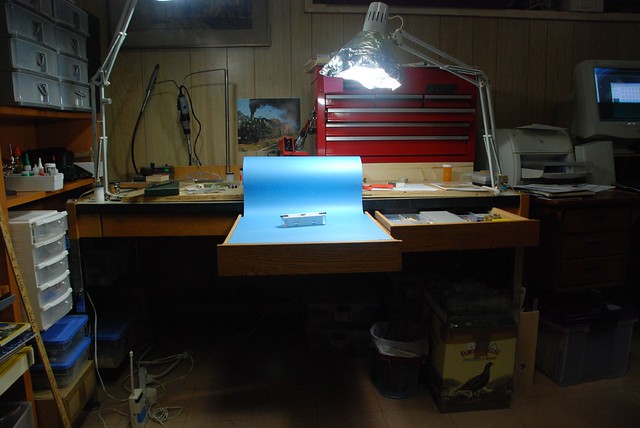 Since then, we have seen the invention of mini photo studios, and I knew they could be a solution to my problem. So, I asked for one for Christmas, and today – a mere three months later – I set it up and gave it a whirl.

The new photo studio is in the back of my “office,” under the layout. This is a corner desk, but since nobody has CRT monitors anymore, these corner desks waste quite a bit of space. Fortunately, the mini photo studio fits in there perfectly, and if it weren’t white it would completely disappear behind the monitor. 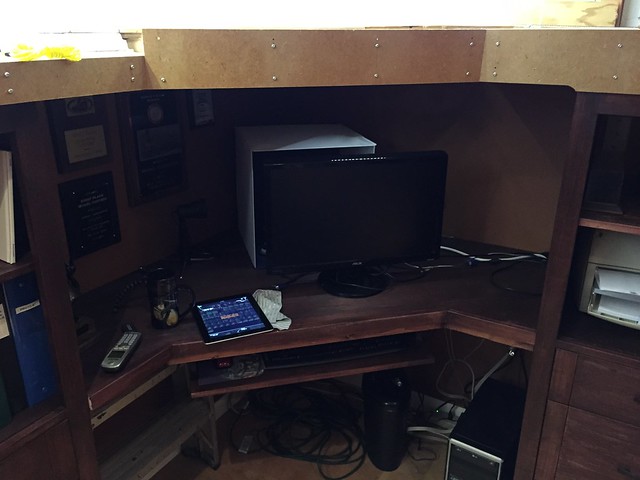 To use it, you turn the monitor to the side and turn the lights on. 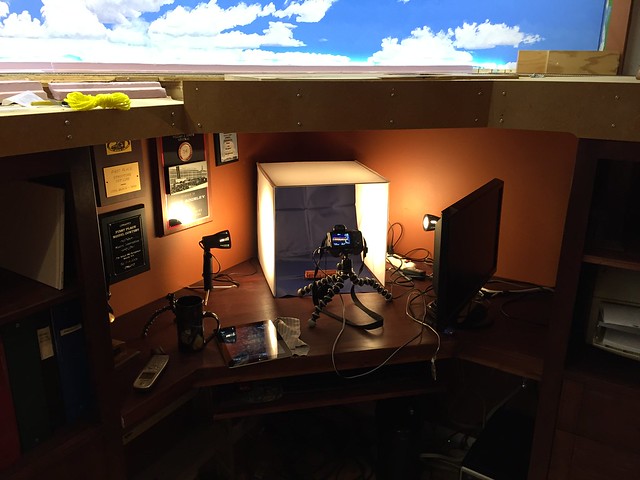 The camera is a Sony DSC-HX200V, which I inherited from my father (Thanks for getting a great camera, Dad). It’s going to take a little learning to figure out how to use it, but it seems to support a full manual mode, which is what we need in this business.

Here is a test shot: 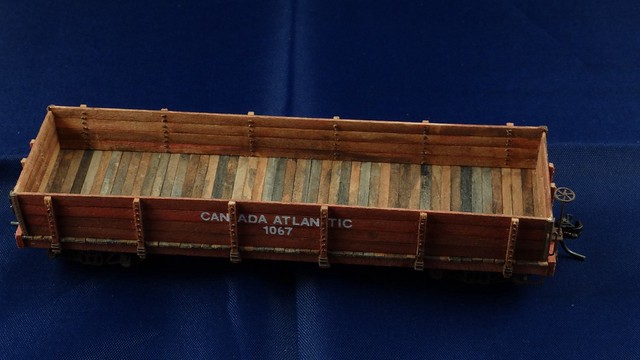 Clearly I need some practice and the backdrop needs ironing.  I think the gondola is the first piece of turn of the century rolling stock I ever made, back when I was a teenager. It is a stand-in model for Pembroke, but given my rate of progress, it could be standing in for years to come.