Originally, I hadn’t thought I would be building pits for the engine house as you weren’t supposed to be able to see inside.  However, because the corner of the roundhouse is going to get cut off, I’m going to need pits.
Well, that’s a great excuse to get the router out!  So, after a little bit of research, I figured out where the pits need to go, how wide (4′) and deep (2-3′) they should be and how long.  I cut them in several passes with my half-inch bit, freehand.  Probably I shouldn’t have tried to be a hero, especially on the near pit, but there will have to be some sort of a veneer for the walls anyway, so I should be okay. 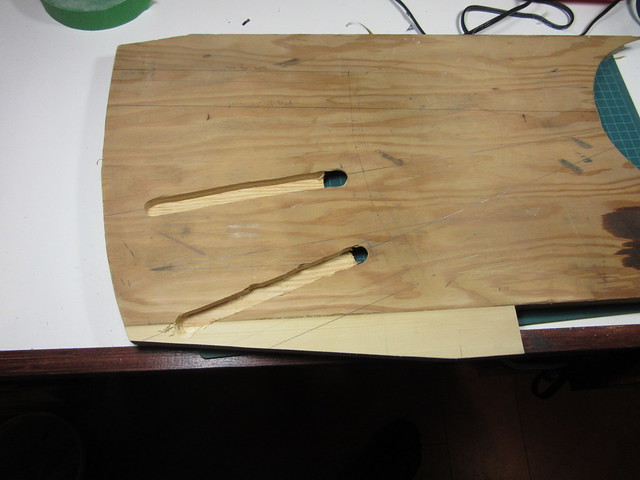 While I was at it, I also cut a relief under the bottom of the board for the door opening mechanisms.  There will be a big plate of PC board in this opening, where the plywood base goes down to about 1/16″ thick. 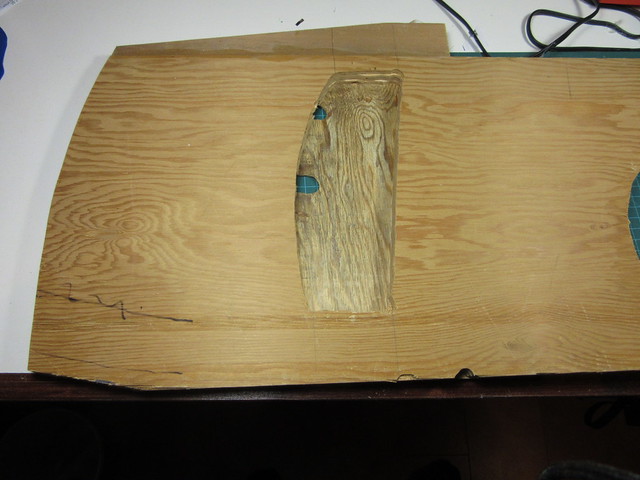 I had hoped to get to the turntable pit too, but unfortunately, it needed a reinforcing plate beneath because it will also be very thin.  The glue holding the reinforcing plate on hadn’t set yet, and so, I’ve deferred until another day.

One thought on “Roundhouse Excavations”