Andrew and I made good start on getting the finish fascia onto Pembroke this Wednesday. I had one eight-foot length of 50-year old masonite from the original basement, and this consumed almost all of it! Rather than attempt to counter-sink and fill the screws, we elected to use button-head screws and pretend they’re all part of the Edwardian look of the layout. I think it looks pretty good so far. 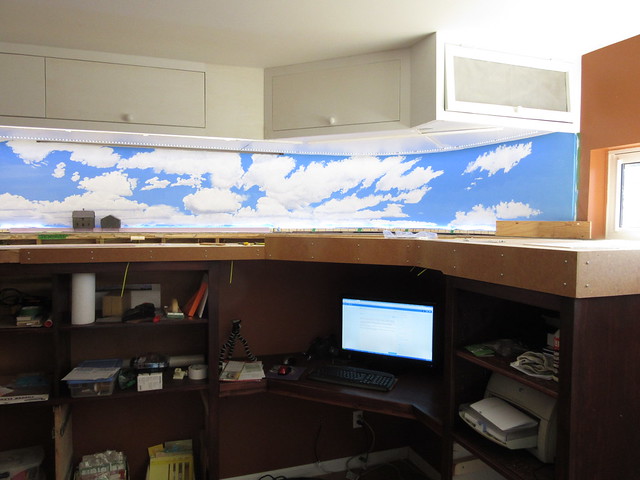 We discovered while we were working on it that the north end, where the benchwork is especially thin due to the Muskrat River spilling over the dam, that there is a slight sag. In fact, the river after the dam is uphill! 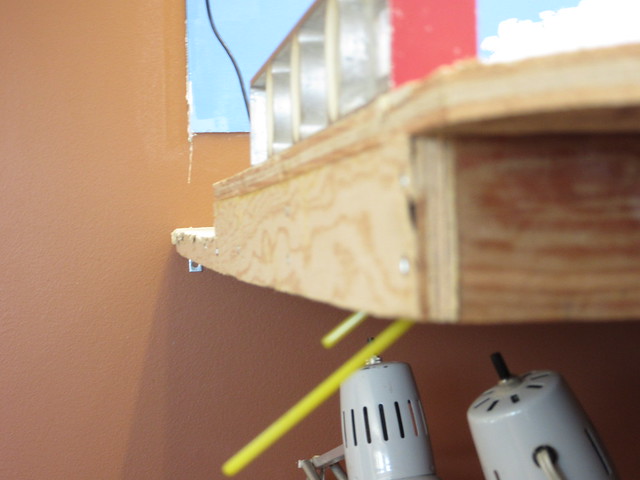 It’s imperceptible, but it’s the sort of thing that will only get worse as we load up the layout with scenery and buildings. It’s time to address it, before finishing up the fascia. Andrew was over to his metal pusher after a machining class on Saturday, and he picked up a 1×1″ L girder for me. So, the next task is to install it. Thank-you Andrew!