Last night I found a few minutes to tackle the other three tracks that connect with the turntable. When I did the first three tracks, I found that the turntable wanted to spin as I was soldering the track. This was annoying, to say the least! I postulated that perhaps jamming the table with a screw would suffice, and it does! 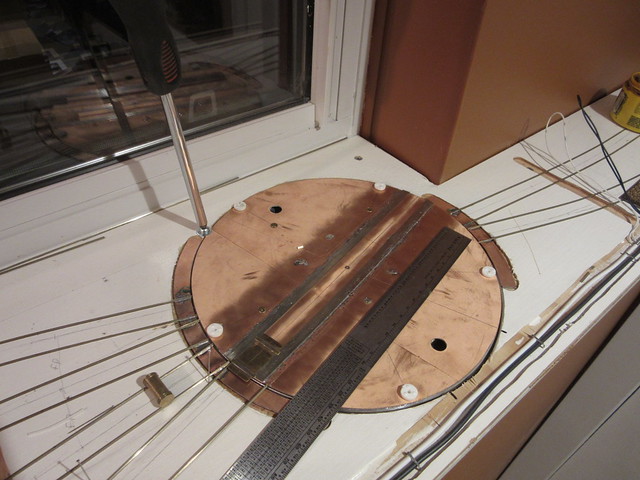 There is a wonderful discussion going on between Simon Dunkley, Trevor Marshall and Mike Cougill about abilities and the assumption that many have that they don’t have an ability when they’ve never tried.  They’re all much more erudite than I, and so, I’m not going to weigh in except to point out that last week, I didn’t know if I could lay these approach tracks accurately to align with the table.

Through this blog, it’s been pretty apparent that I thought hard about the best approach, then screwed up my courage and gave it a go.  The first tracks weren’t easy, but now that I’ve done six and discovered a good trick along the way, I’m pretty confident that I can add “laying tracks on a turntable” to the list of things I know how to do.  To use Mike’s wonderful analogy, I opened the gift.

My hope is that someone, perhaps you, will be inspired by my blundering along and try something that you don’t know you can do.

2 thoughts on “One Screw = Game Changer!”