One of the reasons you’ve not yet seen any videos of trains running on Pembroke is that I’ve been unhappy with the way the 4-4-0 was behaving (the other is that I find editing videos is way harder than typing a few words).  It has sat in a box for several years awaiting rails to run upon and those years weren’t kind to it.  So, when I took it out and put it on the rails, it sounded more like a coffee grinder than I would like, and despite all the flywheels, wouldn’t coast at all.  It was never silent, but it was a lot better than a coffee grinder!

So, I finally screwed up the courage to take it apart and drop some oil on the gears.  Courage is indeed the word, knowing that I might easily break it during the disassembly.  The only piece that did break was the sanding control rod, which I had actually forgotten was even there!  I’m leaving it off until I’ve finished with tuning, but it will be a simple matter to add it back. 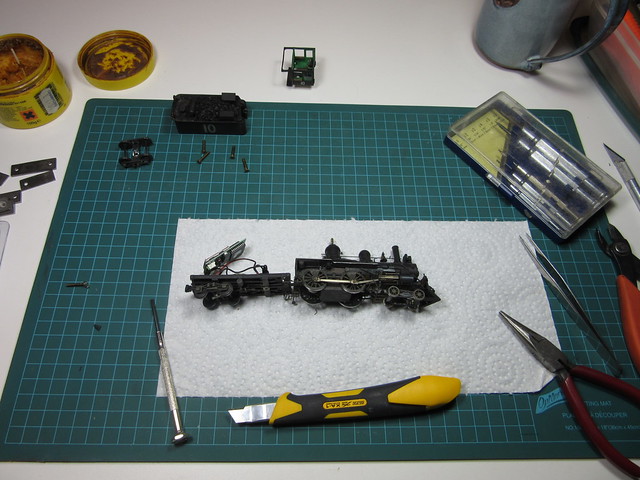 While I was at it, I had a look at the sound decoder to see if I could figure out why it wasn’t working. There were a couple of pinched wires, which looked promising, but turned out to be red herrings. Then I found one of the tender connections had broken. Aha, I thought! Sadly, after repairing it – a very delicate bit of soldering if ever there was one – there was still no whistle or chuff. 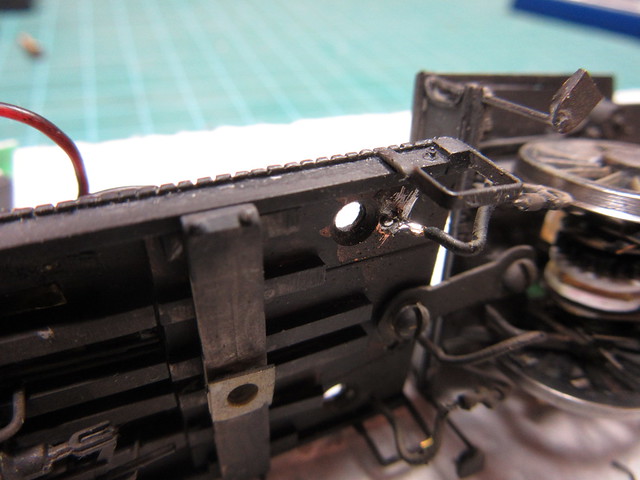 So, I took the wrapper off the sound decoder and found that there was a telltale sign of the magic smoke having gotten out. This would have been due to the great coal load debacle, which you can read about when the book comes out. Oh well, hopefully a newer decoder will fit into the tender a little better than this ten-year-old technology.

There is more to do, but already, the engine is running a little better than it was when it first hit the rails.