As far as I’m concerned the guard rails are largely cosmetic. However, they need to get soldered, so I do them before the detailing stage of a turnout.

With Micro Engineering code 55 rail, anything bigger too (and probably code 40, but I don’t know for sure), the profile is a little wider than the prototype. This means that the feet of the wing rails and guard rails have to be filed back to clear the foot of the stock rails (or frog). I just take them right back so they’re about even with the head of the rail. It’s hard to see down there anyway, and if it ever bothers me, I’ll put the blocks in per the prototype, and that should distract anyone who looks. 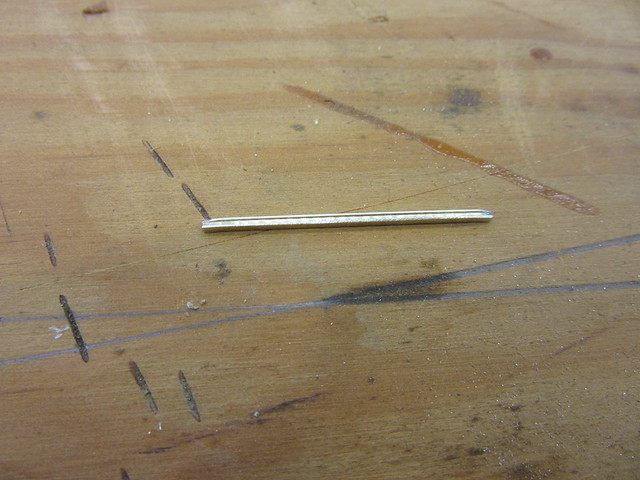 Once they’re prepared, I simply solder them in place with the resistance soldering unit. I hold them by hand, and verify the check gauge before zapping them on the middle tie. Then I test them; I’ve never had a problem, but it’s easier to unsolder one tie than six. Sometimes they get a little crooked when I zap them, but this is easily corrected by soldering the ends in the right place. 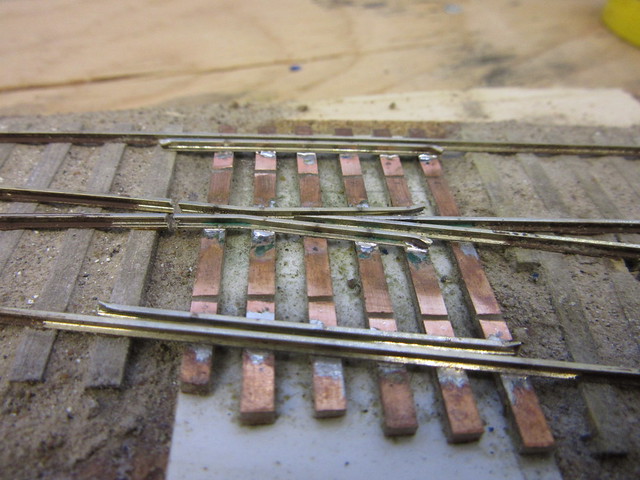