Well, Dave Doe is at it again. Every couple of years, he pulls together everyone in Europe who does anything with Proto:87 and invites them to a big display somewhere. Last year was Scaleforum, this year they’re at RailWells, and next year he’s enticing me to trek over to Sedan, France. 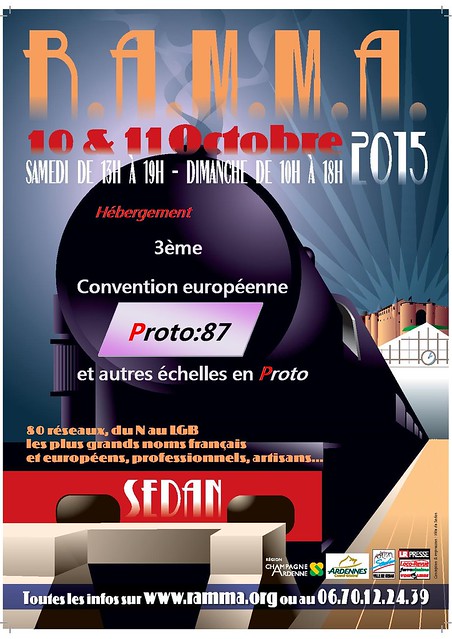 October 2015 is just about far enough away that we could consider it. It’s never difficult to convince my darling wife to go to France, although she would prefer to stay in Paris. The kids are in French immersion, so we could call it an educational trip.

Dave is keen for me to come and bring some of my North American stuff. I found, when I went to Utrecht, that it was difficult to display, and anyway trains look better if they’re moving. So, that’s got me thinking about building a small display layout to take with me, or (more likely) to ship over there.

I would want to use Canada Atlantic equipment, and I don’t have very much of that – certainly not enough for any point on the mainline. So, it’s got to be a location on one of the branchlines.

The problem is, I don’t have much luck with freelancing, and so, it would have to be a real place. So then, what about Locksley or Woito, along the Pembroke Southern? I know almost nothing about them. That’s going to lead to more research than I have time for.

Then, I thought, why not take a piece of Pembroke, itself? Then I could reuse the buildings on the home layout. But which part? The whole of Pembroke is a lot of work, and doesn’t really qualify as “small.” The obvious choice is the station area, but actually, that’s not all that lively.

Here’s what I would do instead: take the bit around the engine shed, and pretend that the short runaround is out of commission (cars parked there). This way, every train to or from Pembroke yields many movements back and forth through the scene, and sometimes the engine gets to turn around on the turntable. I could reuse the engine house, the water tower, section buildings, and probably the turntable itself. I would model the winter season, instead of high summer, because that would be a nice diversion.