It looks like the sky is going to want two coats, which is good because by the time I got to the bottom, my technique had become much better. My basic blue is “Utah Sky” (2065-40) from Benjamin Moore, but there is very little of the straight colour up there. As others have proposed before me, I started with the dark blue at the very top, and then added white as I worked down the wall. 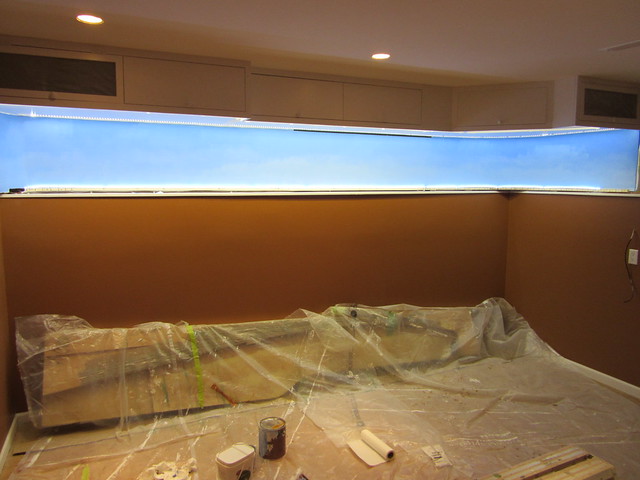 Here, then, is what I learned along the way.