It might not have been apparent, but that first Bullfrog posting showed pictures of a proof of concept installation. Now that I am installing them on the actual layout, here is an update on some of the refinements I’ve made. 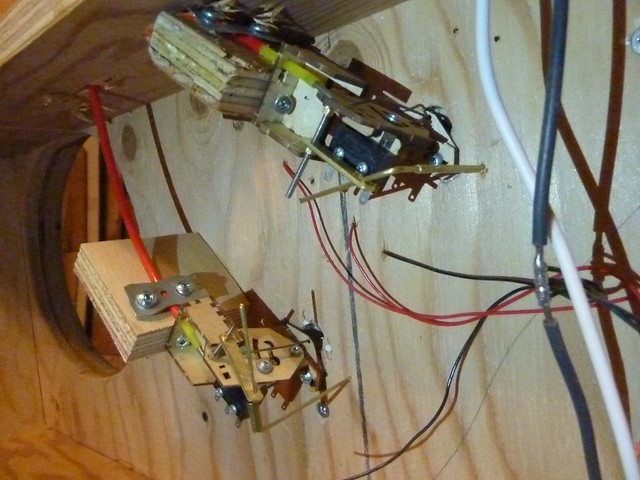 The two shown above are the switches for the two spurs off the siding on the south section. The top (nearer) one is the second, and slightly improved version. Here are the improvements made: