Okay, I think I’ve got this problem with throwing both the switch and the switch stand for the turnouts on the window sill licked! The trick was to think about the parts that have to move the same distance and to design something that would hold them rigidly together.

Then I remembered Pembroke’s Victorian or at least Edwardian roots, and realized that there is no problem that can’t be solved with enough wood, iron and rivets (or in my case Robertson-head screws). The contraption is shown below. 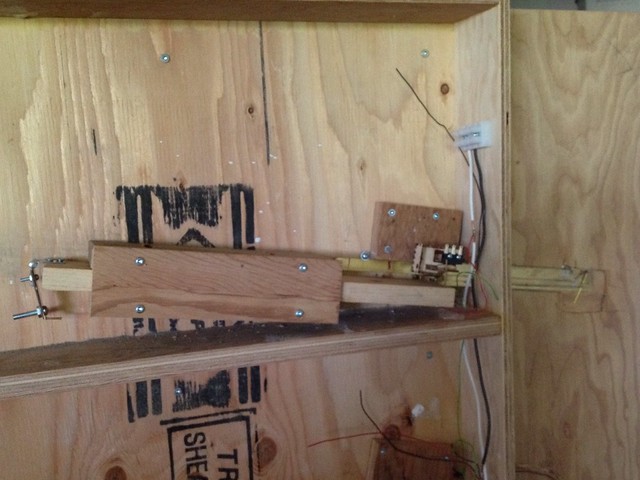 The free end of the block of wood has a hinge, which will connect via some threaded rod with the turnout control, once that’s built.

One more to go, then I can put the south section away until it is installed.