This week I managed to get the two Bullfrogs for the remote switches installed.

After an evening’s head-scratching, I actually managed to get the switches themselves to move relatively sweetly. The secret was to add sufficient screws to the near end of the sliders to keep them from lifting or twisting at all. So far so good.

Then I turned my attention to the switch stand levers. Unfortunately, this is when things stopped going so well. The design calls for the switch stand lever to move an inch (more in one case of miscalculation), and this motion is supposed to come from the bottom of the Bullfrog, where the choke cable moves through that distance.

Unfortunately, there doesn’t appear to be any way that I can make the arm stable enough to push the switch stand slider reliably. Adding more brass — quite a lot more, in fact — made it work well in one way, but not the other. In the end, I had a mangled mess, which still didn’t work. 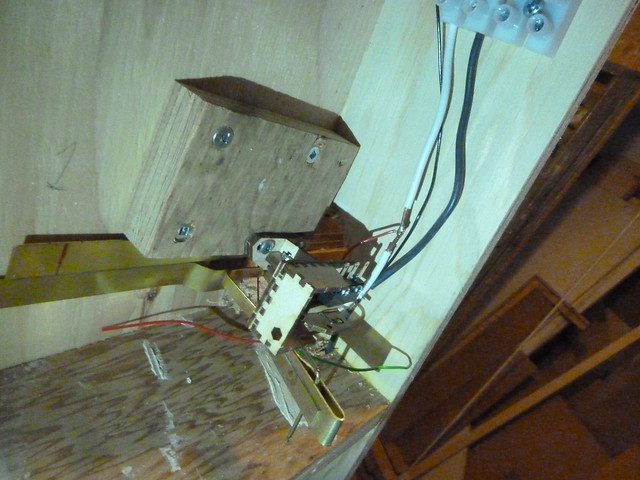 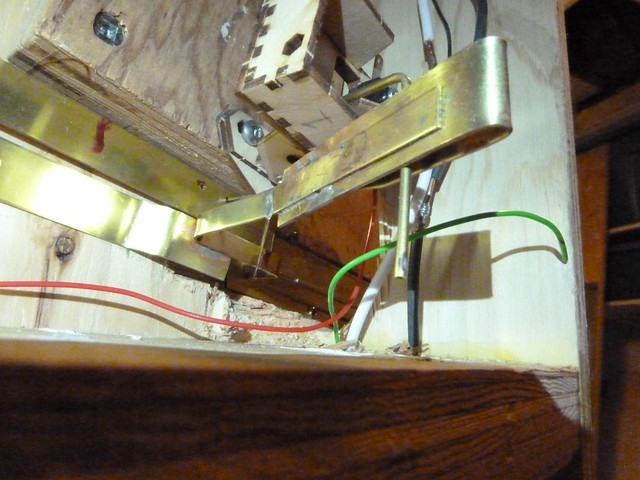 It’s remarkably difficult to photograph because of the surrounding benchwork. However, in these photos, the slider closest to the block of wood drives the switch rod, while the further one drives the switch stand. The first thing I noticed was that the lever flexes substantially, and so, I added a wire to the side to hold it steady. Then I noticed it still wants to lift, and so, I added the long extension, which I would hold against the bottom of the benchwork with a strap or something. While testing that, I found that the arm still really wants to flex. By this time, I was out of ideas, and went to bed.

One thought on “Failed Bullfrog Mutation”