One of life’s bittersweet experiences is watching your child grow up. On the one hand, it’s wonderful to see them grow into increasingly independent and self-sustaining people. On the other, they no longer want to be with you as much, being increasingly independent and self-sustaining. So, when the boy invited me to play Lego with him last weekend, I jumped at the chance.

Usually, I build something like a vehicle, but this time I decided I would use the opportunity to learn about a design for turnout control that I’ve been mulling over for a few months. Testing an idea in Lego is a great way to go because it is so easy to change the idea quickly. It does require some flexibility because you don’t want to cut your Lego.

The idea is inspired by Trevor Marshall’s use of large-scale switch stands to drive his turnouts. I like the idea of having to lift, rotate and drop a handle, and in some cases, unlock the switch or pull a keeper plate. This action is more realistic and I think will slow down operations to an even more relaxed pace.

Trevor mounts these switch stands on a narrow shelf at the bottom of his layout fascia. I don’t have room for such a shelf, and so, I want to create something that has the same motion as the switch stand, but mounts in the fascia like a more traditional switch or knob control. 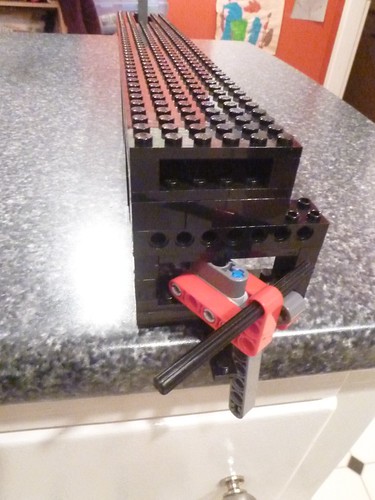 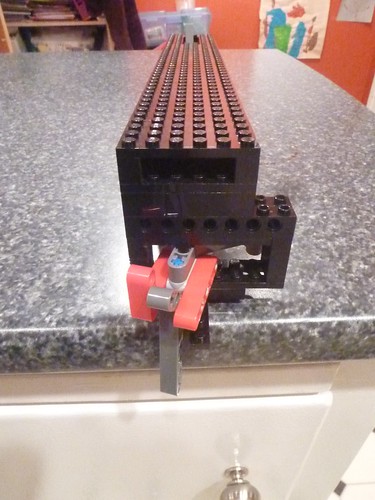 The mechanism is simplicity itself: 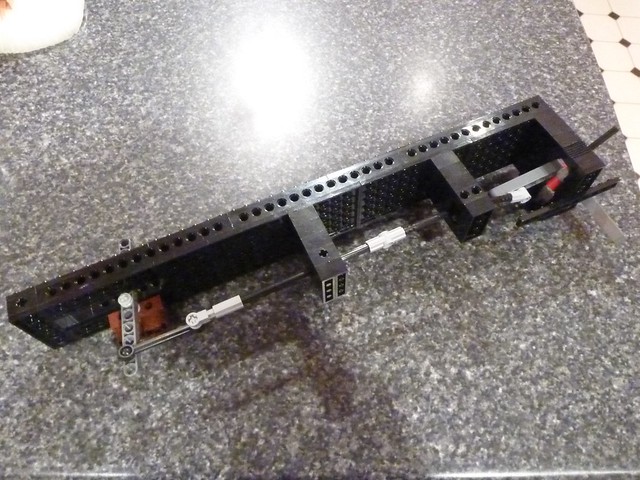 So, what did I learn from the experiment?

Now, I just need to come up with ten of them. This might be another case for Shapeways. I’ll have to rough one up and get an estimated price.

2 thoughts on “Raking Through the Lego”