As you might recall, the first two turnouts on entering Pembroke are actually on the windowsill. I think when I made this design decision, I figured I would use ground throws for these two turnouts. However, since then, I changed my mind and decided they should be remote from the front of the fascia like all the other turnouts. My thinking is that if they are thrown by ground-throws like the turnouts in the staging yard, then they will become conceptually part of the staging yard. 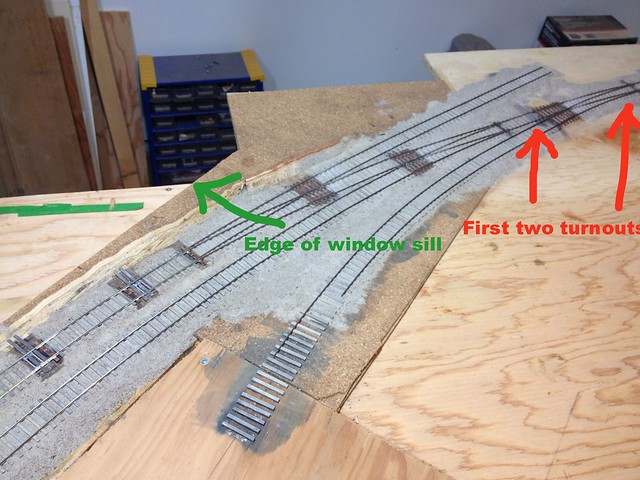 The question then is, how can I transfer the motion from the Bullfrog some six or eight inches (15-20 cm) into the windowsill to drive both the points and the switch stand target? After installing the first two Bullfrogs on the south section with Andrew a couple of weeks ago, I hemmed and hawed over this question for some time, but I think I finally have a good solution.

The first step was to enlarge the holes where the mechanisms have to pass through the edge of the layout proper. The originals made back in October will not be big enough to allow the full motion required for the target. When I made the originals, this was actually a lot of work, but when I went to enlarge them this week, I came up with the idea of using the hole saw and simply continuing into the deeper plywood beyond the stringer. That worked great, and the photo below shows the resulting holes as well as the slots for the mechanisms. 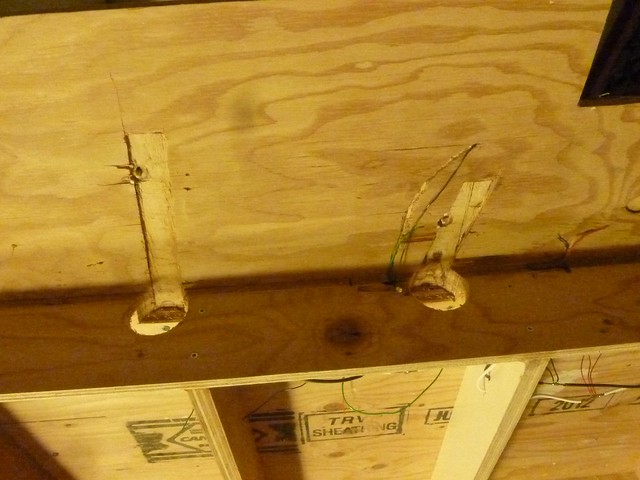 The roadbed is only 1/2 an inch (12 mm) here, and the slots themselves are less than 1/8 of an inch (<3 mm). So the mechanism that transfers motion has to be pretty thin. To keep everything stable I decided to build the mechanism on a piece of .025" brass, and plop it into place, rather than trying to build it in situ.

For the switch points themselves, it is relatively simple: a Z-shaped piece of .032" brass slides between some K&S H-beam and C-channel to carry the motion to a boss that engages with the bottom of the switch rod assembly. The photo below shows this. 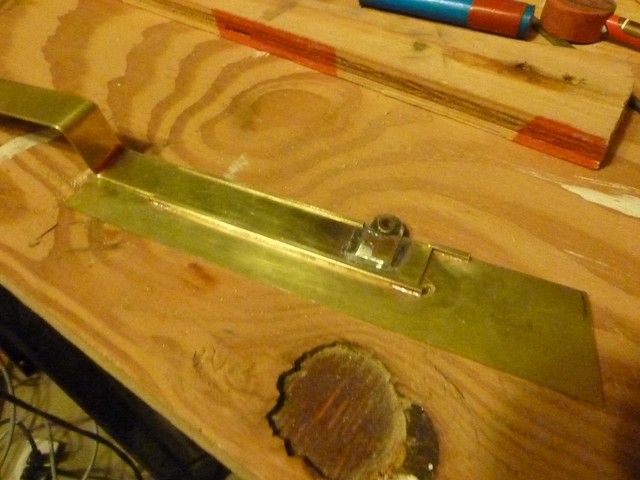 For the target, I needed to transfer the sliding motion into a vertical rotating motion, and so, I soldered a piece of the channel to the end of the slide, and drilled a hole in it. This hole engages with a wire that is soldered into the end of the tube that rotates for the target. The following two photos show the action. 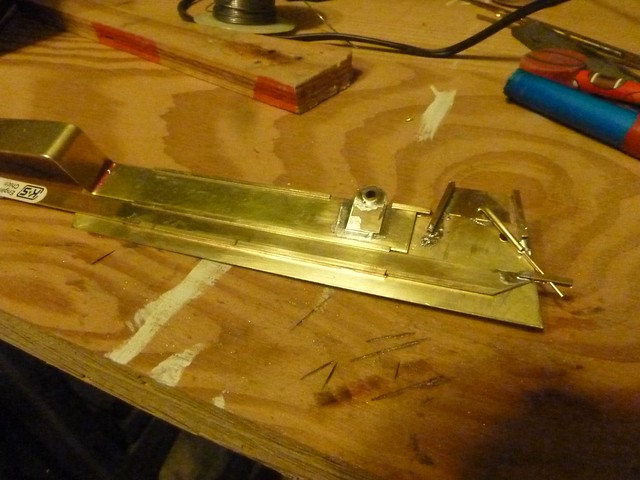 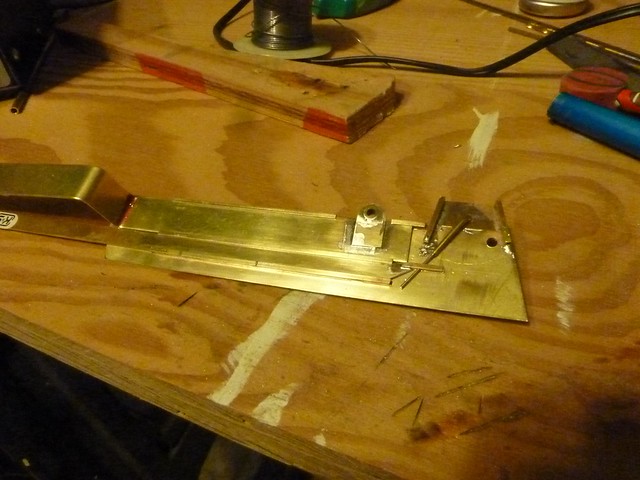 Note that the slot for this mechanism was cut beside the target and switch rod, and so, I had to extend the mechanism to reach. I am using over-size tubes to carry the target motion around beneath the layout so I can easily replace the targets from above the layout; they tend to get bent easily.

The first one took me longer than expected, and I actually haven’t finally fitted it into place yet, although I have certainly tested it, and it should work. One more to go, then the Bullfrogs for these two, and then it will be time to get the North section off the ceiling.

2 thoughts on “Those Remote Turnouts”